Solar panels cover a growing number of rooftops, but even decades after they were first developed, the slabs of silicon remain bulky, expensive, and inefficient. Fundamental limitations prevent these conventional photovoltaics from absorbing more than a fraction of the energy in sunlight.

But a team of MIT scientists has built a different sort of solar energy device that uses inventive engineering and advances in materials science to capture far more of the sun’s energy. The trick is to first turn sunlight into heat and then convert it back into light, but now focused within the spectrum that solar cells can use. While various researchers have been working for years on so-called solar thermophotovoltaics, the MIT device is the first one to absorb more energy than its photovoltaic cell alone, demonstrating that the approach could dramatically increase efficiency.

Standard silicon solar cells mainly capture the visual light from violet to red. That and other factors mean that they can never turn more than around 32 percent of the energy in sunlight into electricity. The MIT device is still a crude prototype, operating at just 6.8 percent efficiency—but with various enhancements it could be roughly twice as efficient as conventional photovoltaics. 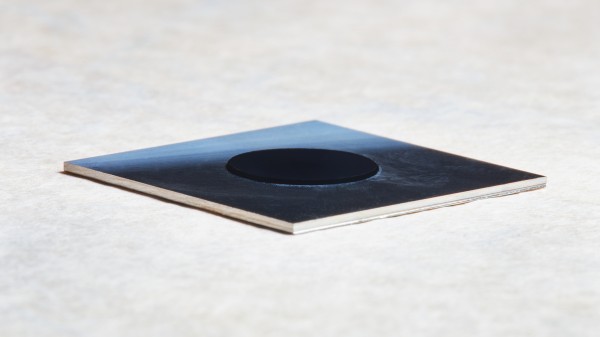 The key step in creating the device was the development of something called an absorber-emitter. It essentially acts as a light funnel above the solar cells. The absorbing layer is built from solid black carbon nanotubes that capture all the energy in sunlight and convert most of it into heat. As temperatures reach around 1,000 °C, the adjacent emitting layer radiates that energy back out as light, now mostly narrowed to bands that the photovoltaic cells can absorb. The emitter is made from a photonic crystal, a structure that can be designed at the nanoscale to control which wavelengths of light flow through it. Another critical advance was the addition of a highly specialized optical filter that transmits the tailored light while reflecting nearly all the unusable photons back. This “photon recycling” produces more heat, which generates more of the light that the solar cell can absorb, improving the efficiency of the system. 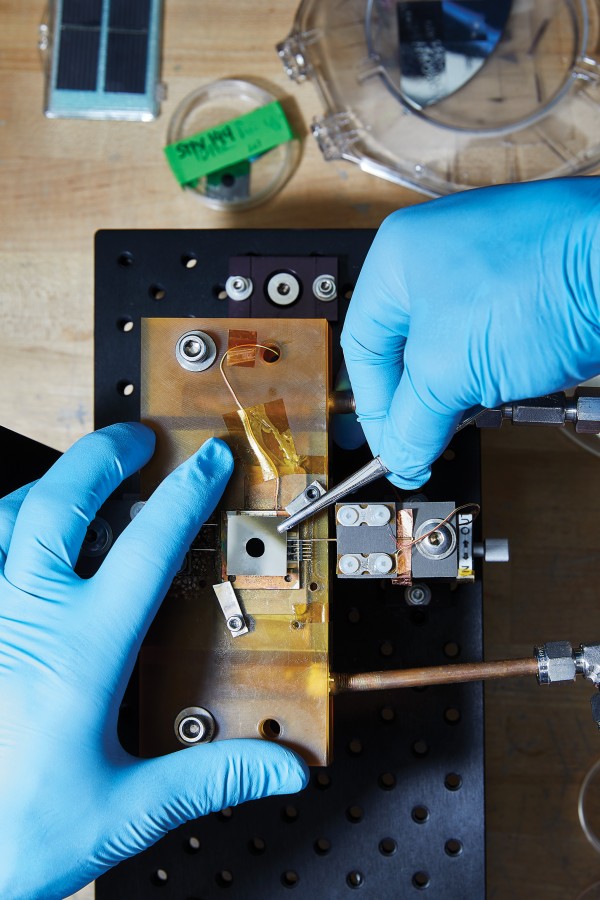 There are some downsides to the MIT team’s approach, including the relatively high cost of certain components. It also currently works only in a vacuum. But the economics should improve as efficiency levels climb, and the researchers now have a clear path to achieving that. “We can further tailor the components now that we’ve improved our understanding of what we need to get to higher efficiencies,” says Evelyn Wang, an associate professor who helped lead the effort.

The researchers are also exploring ways to take advantage of another strength of solar thermophotovoltaics. Because heat is easier to store than electricity, it should be possible to divert excess amounts generated by the device to a thermal storage system, which could then be used to produce electricity even when the sun isn’t shining. If the researchers can incorporate a storage device and ratchet up efficiency levels, the system could one day deliver clean, cheap—and continuous—solar power.